Our department has become one of the largest centers for diagnosis and treatment of urological tumor in China with72 beds to date, enabling the conversion to clinical research based on StateKey Laboratory of Oncology in South China and the tumor specimen library in South China, and provides service with safety, quality and standardization.With the support of state level clinical trial center, this department has held and participated in randomized controlled multicenter clinical studies both in China and overseas. Our department is the vice chairman of the male urology and reproductive system oncology specialized committee of Chinese Anti-Cancer Association, chairman of the urology and reproductive system oncology specialized committee of Guangdong Anti-Cancer Association, vice chairman of the urology association of Guangdong Association of the Integrative Traditional and Western Medicine and the responsible department for the urology endoscopy training base of Ministry of Health. Each year, the study class of advancement in national urologic oncology will be held for 2-3 times here, training professionals in urologic oncology nationwide. In addition, we have involved inmaking the diagnosis and treatment guidelines for bladder cancer and kidney cancer in the urology association of Chinese Medical Association. Urology involves a broad range of tumors and a tumor specific hospital can take the advantage of comprehensive treatment. In our department, we have established single disease databases and implemented attending professor responsibility system, laying the foundation for the development of sub-specialty; we have also established the standardized comprehensive treatment teams of multiple discipline. The number of patients from Guangdong and other provinces shows an increasing rateover 10%, among which intractable cases account for 30%. 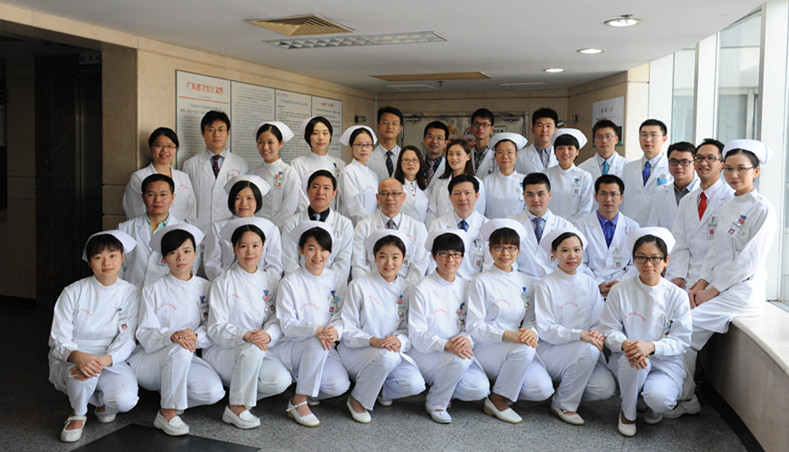 Currently, the development direction of many operations in our department have reached international advanced level,including radical cystectomy+urinary diversion, and inguinal lymph nodes dissection(relevant papers about modified surgical method have been published in international authoritative journals on this subject); the treatment of bladder cancer, kidney cancer and penis cancer is of high international level, and the therapeutic effect of prostate cancer, testicular neoplasms, pelvic ureteral carcinoma and other diseases is outstanding all over the country, which make our department among the most standardized organizations in treating tumors of male urological and reproductive system. After years of accumulation, the program “series studieson modified surgical method in radical cystectomy and urinary diversion”,directed by Professor Zhou Fangjian, was awarded the third prize in science and technology progress by Guangdong Anti-Cancer Association in 2012. In recent three years, the doctors in our department have published 110 articles in corejournals in China and overseas, among which 50 are included by SCI with impact factor reaching 120, and 8 monographs have also been published. This department has undertaken many research projects of Ministry of Health Foundation, Natural Science Foundation of China and Provincial Foundation of Guangdong, and participated in 12 national and international multi-centric clinical studies. Meanwhile, personnel training is also highlighted here and the youth talent training program and qualified personal program have been made. Moreover, we share long-term and steady partnerships with many first-class medical centers in the world.

Radical cystectomy + modified ileal neobladder (international advanced level): We have modified the classical surgical method with shortened the operation time reduced complications on the premise of ensuring excision extension and radical treatment. This surgical modification facilitates the radical cystectomy + modified ileal neobladder operation to be accomplished in about 4 hours. The surgical method has become a major urological neoplasm operation for doctorsfrom all provinces to learn and then perform in their local areas.

Modified Bricker operation (international advanced level): The traditional Bricker operation results in many complications which are difficult to handle and severely damage the living quality of patients. We have conducted multiple modifications on Bricker operation and no stoma related complications are noted. The surgical method has become a major urological neoplasm operation for doctors from all provinces to learn and then perform in their local areas.

Modified radical lymph node dissection of groin (international advanced level): High incidence of complications after operation is a drawback of traditional dissection of groin lymph node. Since 2002, we have continuously modified the surgical method of penis cancer and greatly modified and innovated theclassical groin lymph node dissection method which has been performed for 80 years in the world (50-80% complication incidence after operation). Our modification has tremendously reduced complications while ensuring tumor controlling effect.

Partial nephrectomy (nationwide advanced): Our department is among the first to adoptand popularize nephron-sparing surgery to treat early kidney cancer, achieving equal therapeutic effect to that in the most advanced international medical centers. 30% complex renal part resections are included.

Nuclide methyleneblue double staining dynamic sentinel lymph node biopsy in penis cancer: This technique helps to identify the metastasis of groin lymph node and frees patients with no metastasis from lymph node dissection thus enhancing theliving quality of patients by avoiding the complications. To date, this technique has been performed only in a few medical centers overseas and notreported in China. Our department has already implemented this technique.